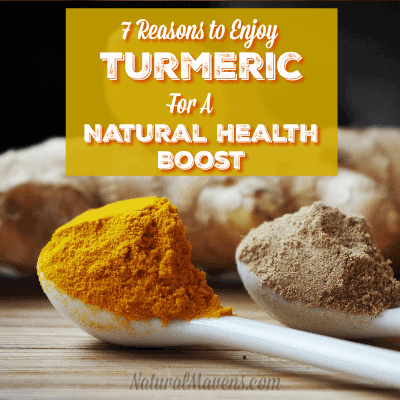 Originating from the Curcuma plant, turmeric is a common spice found in most kitchens. Deep golden in color, you will most likely know it for its spiciness and use in dishes such as curry.

Apart from being used in food, Chinese and Indian cultures use turmeric medicinally. As a medicine, turmeric is best taken in its pure form, rather than as a component of a spice blend.

In comparison, the Western world has been slow to notice the health benefits of turmeric. But we are catching on and starting to enjoy the many health benefits it can provide.

Below is a list of the impressive health benefits turmeric offers, some of which I’m sure will surprise you.

Eastern cultures have used turmeric for its anti-inflammatory properties for a long time. It helps the body to fight infection and repair itself.

The key difference, and this is a big one, is there are no side effects associated with curcumin oil. This is good news for those who suffer from joint conditions like arthritis.

In such conditions, inflammation can lead to a significant increase in pain. Turmeric, via curcumin, can play a role in helping to reduce that pain.

Inflammatory bowel diseases such as Crohn’s disease are common disorders. They affect many people throughout the world and can be quite debilitating.

Studies have investigated the effect of turmeric in mice who have such diseases. Curcumin oil improved cell functions and reduced the symptoms. Certain symptoms such as mucosal ulceration were
almost completely removed.

Researchers are not sure how the curcumin worked, but the results were conclusive.

Relief for Indigestion and Heartburn

Turmeric has also helped with the common conditions of indigestion and heartburn. These are frequently experienced by individuals and can be incredibly frustrating and uncomfortable.

In this case, turmeric works by stimulating the gallbladder and increasing bile production. In fact, in Germany, turmeric is actually prescribed for such problems.

Studies have shown that there is a protective effect of turmeric on the heart. Initial research shows it can help to reduce the build-up of plaque in the heart. Plaque is a key contributor to heart attacks.

Turmeric may help to prevent oxidized cholesterol, which is what damages blood vessels. In many heart conditions, damaged blood vessels are a critical factor – health attacks, strokes, and artherosclerosis.

Research has shown that turmeric can actually delay the onset of diabetes. In a study, participants were tracked over a period of time and given either a placebo or curcumin tablets.

At the end of the study, none of the participants taking curcumin developed diabetes. It is argued this finding is due to curcumin’s anti-inflammatory and antioxidant properties.

Another health benefit turmeric offers is its antioxidant properties. These may help to protect cells against cancer, particularly in cells in the colon.

Turmeric can help to protect vulnerable cells against free radicals. Free radicals can be very harmful to the body and do a lot of silent damage.

Turmeric can also help the body expel mutated cells that may have developed cancer already. But, research is still working out how turmeric can help with cancer prevention.

High cholesterol is a common disorder and linked to many different, some serious, disorders.

Using Turmeric In The Kitchen

It is possible to buy turmeric and curcumin supplements, but you can also use it in the kitchen. Either as a dried spice or fresh, it is easy to include in many recipes and foods.

Here’s a few to try:

Everyone should seek medical advice before adding extra turmeric to their diet. It may actually have negative effects for some people. For example, it could be dangerous for anyone taking anticoagulant medication as it slows blood clotting.

If in doubt, speak to your medical professional.

With the natural health boost that turmeric can provide, it is a worthwhile addition to your diet. Enjoy it in your kitchen daily by using it in your juices, curries and other recipes. Or go one step further (following medical advice) and try some supplements for an extra boost.

The Best Green Juice for Beginners to Start With